so I'm going over the web and I find this amazing story told by james Doohan, Aka, scotty. I guess its been on you tube for a long time but never been posted on here. So along with this amazing story of scotty saving a woman from suicide, do you have any awesome celeb stories? personal or not I think they should be posted. Or if you don't have a celebrity care story, why not post one about the comm and how its helped you? ( for instance its helped me not be bored this entire summer!) 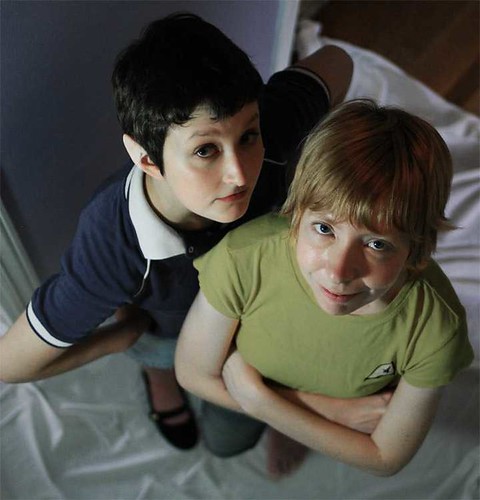 Captain Kirk is the new Hamlet in Hello Earth’s Outdoor Trek. Outdoor Trek: “The Naked Time” is a live, free performance, dramatizing an episode featuring the original crack crew of the Starship Enterprise. Performances will occur at 7:00pm on Saturday, July 31st and August 7th, and at 2:00pm on Sunday, August 1st and 8th, in Dr. Blanche Lavizzo Park.

The episode Hello Earth has adapted for outdoor theater is “The Naked Time”: the one where Sulu runs around shirtless with a sword. Hello Earth’s twist is that Sulu is a girl (laws of indecent exposure will be observed, despite the title). This is not your 1960’s Enterprise: Kirk and Spock still have their share of epic bromance, except they’re girls. Scotty may not be from Scotland, but a lot of the cast are from another walk of life.

Outdoor Trek is a community project which celebrates the diversity of the original series, while at the same time adapting it to the 21st century, outdoor theater, and community. The inspiration is half science fiction, half Shakespeare. Shakespeare in the park is a well loved tradition, offering free theater, a social gathering in the sunshine, and a modern dialogue with a well loved classic. Hello Earth presents a new classic, just as loved, only this time on a spaceship.

Hello Earth is a theater company started by two geeky girls and one geeky husband who love the series, Shakespeare, Seattle, and summer. Inspired by Trek in the Park in Portland, they felt this was the seed of a grassroots project to celebrate Captain Kirk et al, already a part of our cultural identity, as a part of community identity as well. They feel that free, outdoor theater can be social commentary, as well as a jolly good time.

Outdoor Trek might just stick around--look for Kirk in red plaid next year. As for 2010, “The Naked Time” goes on at Dr. Blanche Lavizzo Park, first two weekends of August. And if nothing else so far has piqued an interest, there’s the Outdoor Trek band, AKA The Redshirts. Did we mention diversity?—the theme song features a flute, an accordion, two acoustic guitars and vocal harmonies. It’s going to be a wild (spaceship) ride.

As seen on Zach's official site.

Over the weekend at Comic Con, I was lucky enough to interview the incredibly hot (and very nice) Bruce Greenwood for his new film Batman: Under The Red Hood. You can find the link here:

In addition, the directors & other cast members had nothing but great things to say about Bruce (as it should be), if you wanted to listen to the other interviews.

Bruce also has a great story about the first time he sat in the Captain's Chair on the Enterprise while filming Trek.

And, to whet your appetite, under the cut is a pic of me & Bruce after the interviews were over:

Leonard Nimoy's exhibition, "Secret Selves," is opening this weekend. Hoping I see some GQMFs there (even though all things Star Trek must be left at the door!)

Very good interview (w/ samples of the photos from the show) in The Onion's AV Club.

entwashian was one of those lucky ones who went to Comic-Con, and she took some fabulous pictures of Karl. (Posted here in her livejournal.) I'm sharing them here on her behalf.

Before you get too distracted, did you support Team Trek yet? You really should.

Not much in the last two weeks' posts and I am pretty tired after FINISHING MY DISSERTATION ZOMG, so recap next week... in the interim, post your wonderful creations here!

I'm kinda surprised this story hasn't made its way here yet (2 Star Trek related actors potentially in the same movie) but here it is.

The action/comedy This Means War has been in the works for a long time now, as far back as 2001. The plot centers on two spies who were friends but go to war with one another when they both fall in love with the same woman.

The project has had Reese Witherspoon attached to star for awhile and Chris Pine (Star Trek) attached himself to one of the lead spy roles a few months ago. The other role was at one point set to be played by Bradley Cooper before he dropped out due to scheduling conflicts and then it was announced that Sam Worthington had stepped into the role. But now we’re hearing word that Worthington’s been replaced by Brit actor Tom Hardy (Inception).

Vulture first reported the news of Hardy replacing Worthington but Variety has now confirmed it. You shouldn’t take this as a sign of trouble between Worthington and This Means War director McG, as at the time of the Aussie actor’s attachment to the project it was said that he would, “sit on the project for awhile and eventually wander off.”


Considering the amount of projects Worthington has on the horizon, it’s no surprise that something like This Means War isn’t at the top of his priority list. The question now is if Hardy is the right man to replace him. We all know he can play darkly funny (see his masterful performance in Bronson) as well as charismatically sarcastic and dry witty (see Inception).